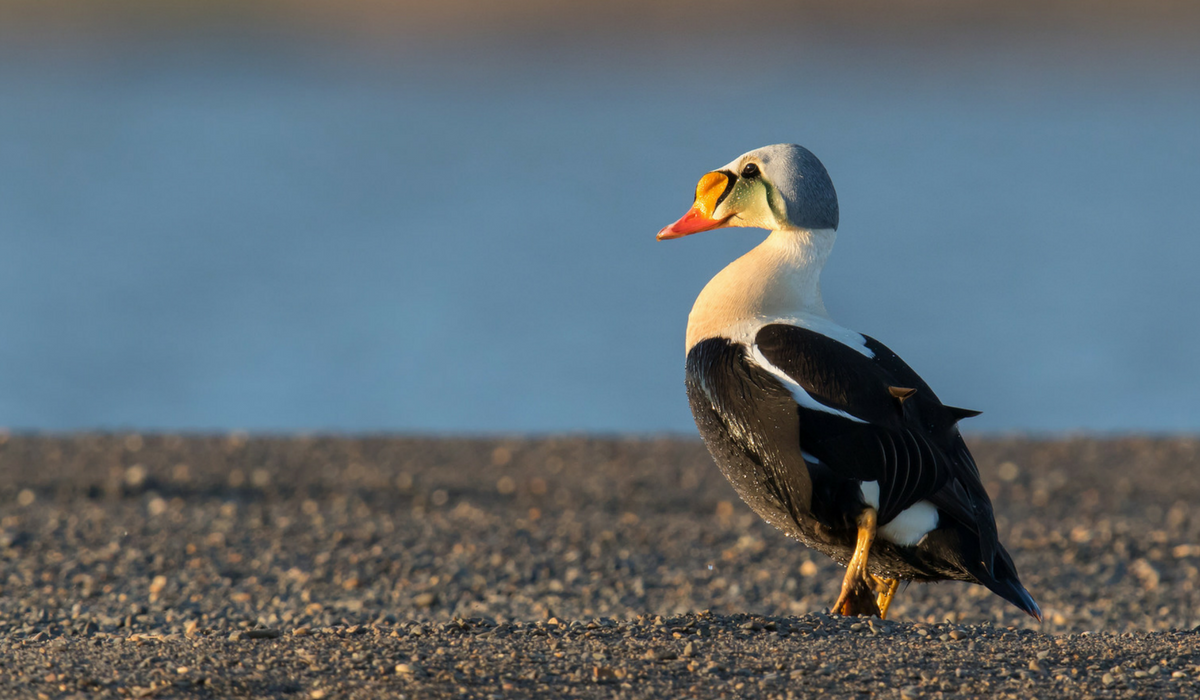 The Beaufort Sea is home to migratory birds, bowhead whales, other marine mammals.

Wildlife of the Beaufort Sea

The Beaufort Sea, part of the Arctic Ocean off Alaska's northern coast east of Point Barrow, is a rich marine environment that supports many migratory shorebirds, seabirds, and marine mammals. Bird species from the Alaska WatchList that rely on this area include Yellow-billed and  Red-throated Loons; Brant; and Common, Spectacled, and King Eiders. There are seven globally-significant Important Bird Areas along the coastal plain and offshore. Marine mammals that ply these waters include polar bears, bearded seals, ringed seals, spotted seals, Pacific walrus, bowhead, and beluga whales.

Many bird species that migrate to the North Slope for summer breeding migrate through the Chukchi Corridor, then around Point Barrow, or in reverse in the fall. This spring and fall migration and staging corridor is likely used by the entire breeding population of King Eiders in Western North America, which are an Audubon WatchList species due to depressed population numbers. Based on satellite telemetry, the Utqiaġvik area is a Steller’s Eider concentration area. King Eiders concentrate in Peard Bay and in nearshore Beaufort waters during spring and fall staging and migration. Spectacled Eiders move through the area from June through October in significant concentrations. Yellow-billed and Red-throated loons migrate to and from wintering grounds in Russia through this corridor between May and October. A variety of shorebirds stop over along the northeast Chukchi coast in concentrated groups. At Peard Bay, upwards of 56,000 shorebirds, mostly Red Phalaropes, move through during the post-breeding season. At Elson Lagoon, as many as 418,000 post-breeding shorebirds stop during fall migration.

The Beaufort Sea shelf and slope are important migration corridors for bowhead and beluga whales that encompass most federal waters in the Beaufort Sea within 75 miles of shore. Marine mammals such as whales and ice seals that live in the Beaufort Sea in summer migrate across Barrow Canyon in the spring and fall. For example, bowhead whales migrate northeast up the Chukchi Sea coast past Point Barrow in April and May before heading farther offshore on their way to the Canadian Beaufort Sea for summer foraging. In the fall, they follow the Alaskan Beaufort Sea coast back west across Barrow Canyon in late August through early November. Beluga whales also migrate through this area twice per year during spring and fall.