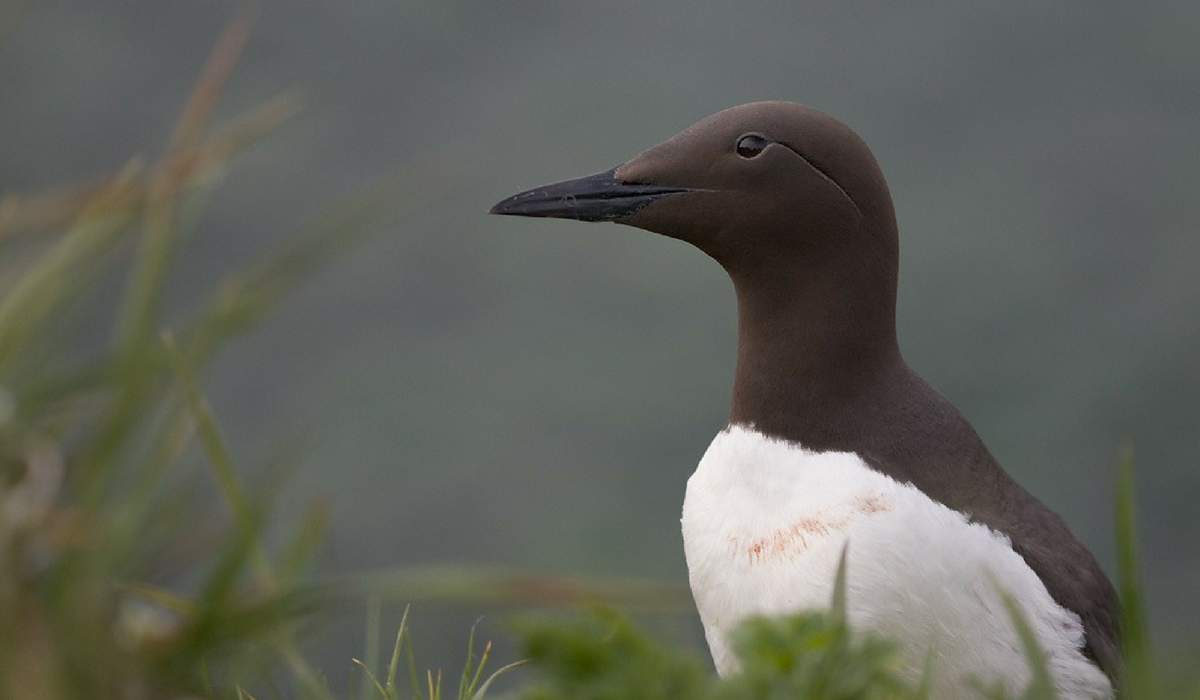 The Chukchi Sea provides habitat for eiders, walrus, and other wildlife.

The Chukchi Sea, off the coast of northwest Alaska, is one of the most productive ocean ecosystems in the world. Its vast, shallow sea floor and seasonal ice cover provide nutrients and pristine habitat for a multitude of organisms, ranging from walruses to ice seals to whales to millions of seabirds to the top predator mammal, the polar bear.

But the Chukchi Sea is changing dramatically. The evidence of global climate change is evident here perhaps like no other place on earth. Sea temperatures are rising, shorelines are dramatically eroding, and summer sea ice is receding to historic lows. As sea ice retreats, there are substantial prospects for new industrial activities in the Chukchi, including commercial fishing, commercial shipping, and oil and gas extraction.

Scroll down to read more about the magnificent wildlife of the Chukchi Sea, Audubon's position on balance in the Arctic, and how you can help protect the Chukchi Sea.

Mammals of the Chukchi

The Chukchi Sea is distinctly different from lower latitude seas and makes direct and important contributions to global ocean and climate systems. Ice in particular is a critical feature of the Chukchi. The ice edge produces a rich profusion of phytoplankton, which is the base of the food chain for all marine and coastal Arctic wildlife and people, especially with a lack of sea floor predation by warmer water fish, such as salmon and pollock. The Chukchi's shallow and highly productive sea floor allows bottom-dwelling prey (crustacea, mollusks, etc.) to flourish, creating a buffet for wildlife specialized to feed off the ocean floor, such as walrus, seals, gray whales, and deep-diving sea birds. Many of these species also rely on ice edges for resting, denning, and/or calving.

Perhaps most famously, the Chukchi Sea is home to roughly half of America's polar bears, approximately 2,000 animals, or one-tenth of the world's population. Polar bears are integrally tied to sea ice for hunting, resting, breeding, and denning. Yet as the summer sea ice has retreated dramatically in recent years, especially off the coast of Alaska, polar bears are increasingly denning on coastal lands instead. The melting sea ice has also reduced the area available to polar bears for hunting seals, the bear's chief prey species, and is forcing bears to swim farther in search of food and denning sites. The United States Geological Survey forecasts a loss of two-thirds of the world's polar bears—and all of Alaska's polar bears by 2050. Other studies have documented polar bear drownings, smaller body size, lower cub survival rates, and cannibalism due to sea ice retreating. Based on this evidence and other scientific work, the polar bear was declared "threatened" under the Endangered Species Act (ESA) in 2008.

The most common prey species of the polar bear is the ringed seal, one of the so-called "ice seals" of the Chukchi. Other Chukchi ice seals include ribbon, bearded, and spotted seals. True to their nickname, these seals are ice dependent, relying on ice edges to hunt and give birth to and nurse pups.

In addition to seals, most of the Pacific walrus population uses the Chukchi Sea during the summer months. Unlike seals, walruses cannot swim indefinitely and rely on ice floes extensively for resting and as platforms from which to feed on mollusks and other benthic invertebrates. In recent years, as the ice retreated beyond the continental shelf, more than 10,000 walrus "haul out" on shore in Alaska and in Russia, and thousands of walruses have been killed in stampedes as the animals crowded onto the shoreline in these extraordinary numbers. Walruses have also suffered from population declines as feeding and nursing their young have grown increasingly difficult. The US Fish and Wildlife Service is investigating listing the Pacific walrus under the ESA.

The Chukchi is also important for whales. Endangered fin and humpback whales, and formerly endangered gray whales, feed in the Chukchi’s shallows, and up to 3,500 beluga whales use Kasegaluk Lagoon near Point Lay for feeding, calving, and molting. In addition, most of the western Arctic Ocean’s endangered bowhead whales, the most important subsistence and cultural resource of many Alaskan North Slope residents, migrate along the Chukchi coast.

Birds of the Chukchi

The bays, inlets, and river outlets lining the Chukchi also provide breeding, feeding, and staging areas for millions of shorebirds, seabirds, and waterfowl. At least 15 species on Audubon's Alaska WatchList use the Chukchi, including Spectacled Eiders, which are listed as threatened under the ESA, and Yellow-billed Loons, which have been found to warrant ESA listing (but are not a study priority).

There are small populations of Kittlitz’s Murrelets in the Chukchi Sea. Nests have been found inland in the DeLong Mountains and Lisburne Hills, and murrelets have been found up to 40-50 miles offshore, primarily in the Cape Lisburne area north of Point Hope. Kittlitz's Murrelets have undergone dramatic reductions in population in recent years. The US Fish and Wildlife Service decided not to list the species under the Endangered Species Act, but it remains to be seen how changes in climate will affect this species.

Several globally and continentally significant Important Bird Areas (IBAs) are within the Chukchi, including a dozen IBAs on the US side of the Chukchi Sea and six more on the Russian side. Included among these are marine feeding areas for Northern Fulmars and Short-tailed Shearwaters and nesting and feeding areas for huge colonies of Common Murres and Thick-billed Murres.

Ledyard Bay, an IBA just south of proposed oil and gas leases, is a Critical Habitat Area for Spectacled Eiders, listed as a threatened species under the Endangered Species Act (ESA). In fact, most of the female Spectacled Eiders that breed on the Arctic Coastal Plain molt in Ledyard Bay. About 33,000 Spectacled Eiders and 500,000 King Eiders feed on mollusks and other bottom food in the shallow waters of the Bay. From April into November, nearly all of the breeding King Eiders from the US and Canada, plus many Russian breeding King Eiders, migrate through, stage, and forage in the eastern Chukchi. King Eiders utilize the shallow open polynas (openings in sea ice) of the Chukchi to dive for mollusks and other invertebrates in spring and early summer, prior to dispersing to breeding grounds in Canada and Russia and on Alaska’s North Slope.