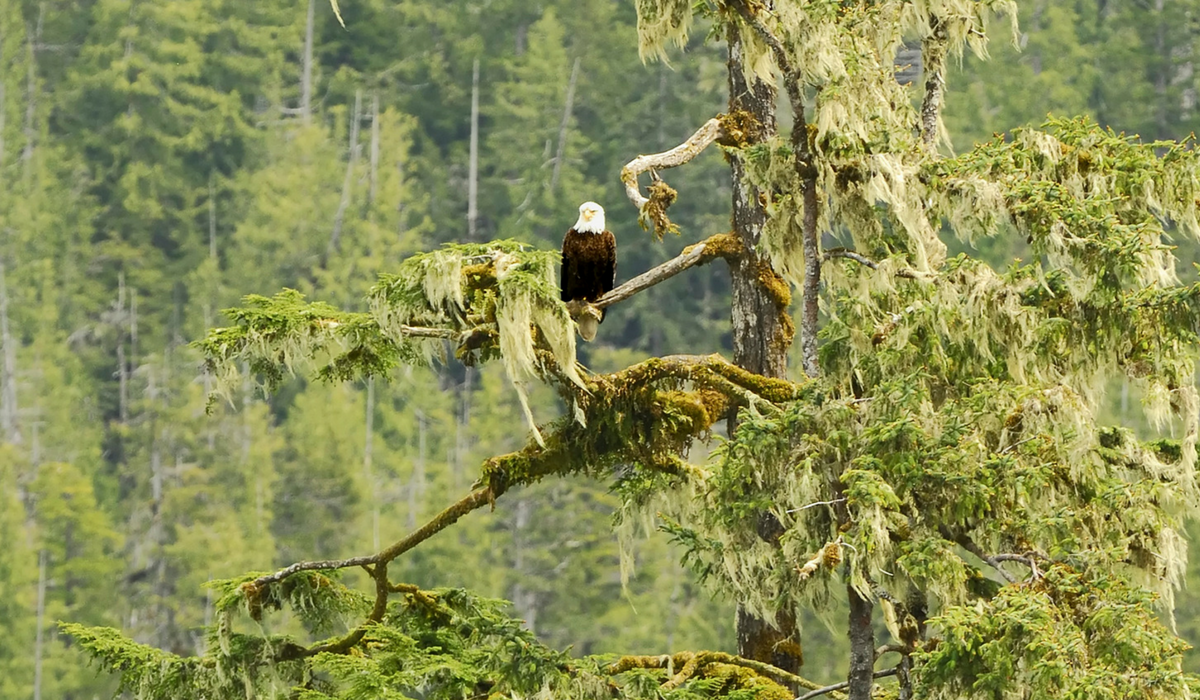 Home of the largest gathering of Bald Eagles in the world.

Audubon played a prominent role in the formation of the 49,000-acre Chilkat Bald Eagle Preserve, created in 1982 to protect Bald Eagles, salmon, and their essential habitats “in perpetuity.” The preserve lies along the Chilkat River near Haines, Alaska. It is known for one of the largest congregations of Bald Eagles in the world, which gather each fall to take advantage of a late salmon run and a spring-fed section of river that stays ice-free longer than other areas. Threatened by logging and a proposed mine, Audubon sent biologists Erv Boeker and Andy Hansen to conduct eagle research. Study findings were used to educate a diverse 15-member stakeholder group composed of miners, loggers, conservation interests, and state and federal agencies, that finally signed-off on protections for eagles and salmon, and at the same time agreed to create the much larger surrounding Haines State Forest for more intensive uses.

The area is now also designated the Chilkat Bald Eagle Preserve Important Bird Area, based on the large number of Bald Eagles in fall as well nesting Tundra Swans in the summer.

While Audubon is proud to have played an instrumental role in preserve formation, there is concern that the current management falls short of the spirit and intent of the 1982 legislation. Audubon has received reports of decreased agency interest in oversight, and a decline in research and management programs for eagles and salmon. Current threats include commercial jet boat tours that likely cause considerable erosion and disruption of high value salmon habitat, and potential threats from a proposed highway re-alignment project, upstream mineral exploration of a high sulfide ore body that if developed would likely cause downstream acid mine drainage, and proposed hydro development in the Chilkoot Unit of the preserve.

As Boeker articulated last century, “The water and the salmon are the keys to the whole valley.”  Intensive human uses in high value salmon spawning and rearing habitat, whether it be mines, roads, hydro development, or large, highly-powered commercial jet boat tours, will weaken salmon runs and impact eagles, and conflict with legislation written to keep such impacts from harming preserve resources.

Learn about Constantine Mine, a project that could pollute the Chilkat Bald Eagle Preserve's salmon-rich waterways, putting at risk the raptors—and people—that depend on the fish.