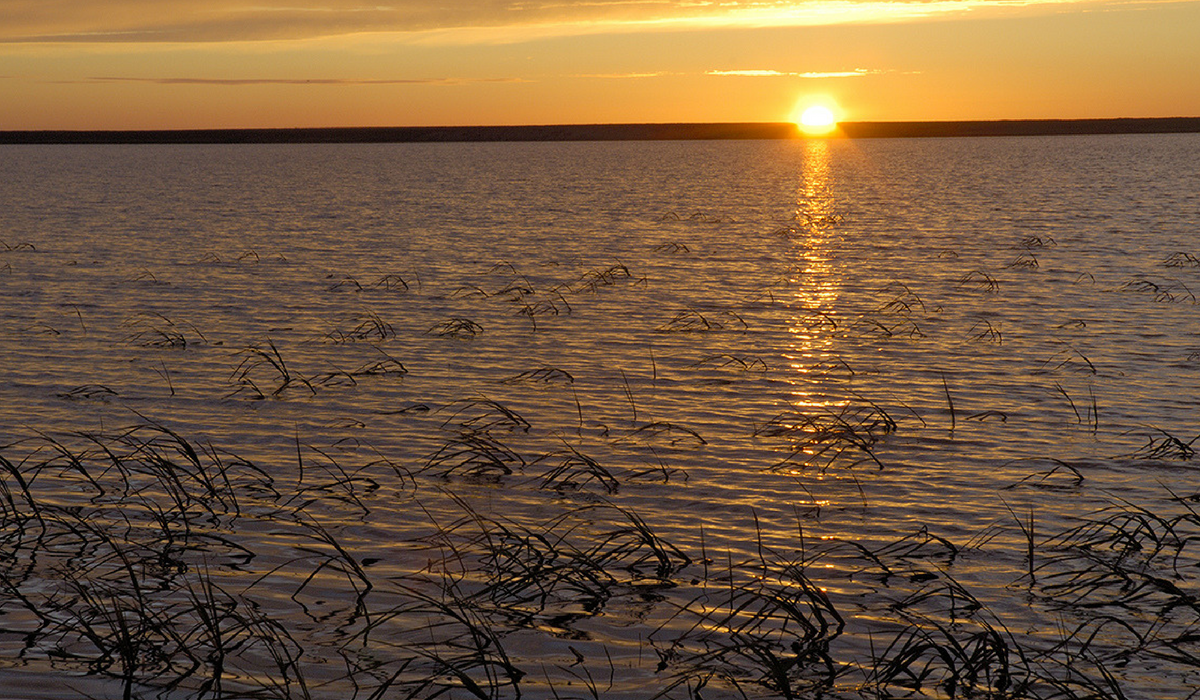 Teshekpuk Lake, located on Alaska’s North Slope, teems with birds in the spring and summer and is one of the most ecologically important wetlands in the entire Arctic. Part of the National Petroleum Reserve-Alaska (NPR-A), this sensitive area provides habitat for tens of thousands of molting geese, threatened species such as the Spectacled Eider, nesting shorebirds and waterfowl galore, and the 40,000-head Teshekpuk Caribou Herd.

Fortunately, the area around Teshekpuk Lake has been spared from oil and gas development for the past 40 years. For decades, multiple Secretaries of the Interior have recognized the necessity of balancing development and conservation in the NPR-A and have prohibited oil and gas leasing in this most critical habitat. But, with the recent announcement of higher oil estimates near Teshekpuk Lake, a new spotlight has been placed on this globally important wetlands complex.

The Teshekpuk Lake area is one of the most important goose molting habitats in the circumpolar Arctic. When geese molt, they replace old, worn flight feathers, becoming flightless and vulnerable to predators and human disturbance. The areas north and east of Teshekpuk Lake provide ideal conditions for molting geese: a remote location that’s free of development, large lakes where flightless birds can escape from predators, and tender sedges to fuel their high energy demands. It is no accident that geese gather annually near Teshekpuk Lake by the tens of thousands; as many as 35,000 Greater White-fronted Geese and 37,000 Brant molt at Teshekpuk Lake, plus thousands of Canada Geese and Snow Geese.

The geese are not alone. More than a dozen Alaska WatchList species nest, molt, or rest near Teshekpuk Lake, including threatened Spectacled Eiders, King Eiders, Red-throated Loons, Dunlins, and Buff-breasted Sandpipers. Of special concern is the Yellow-billed Loon, which nests on deep, fish-bearing lakes in the area and has been considered for listing under the Endangered Species Act. The Teshekpuk Lake area is also one of the most important shorebird sites in the entire international Arctic, and a portion of this area was recently designated as the Qupaluk Flyway Network Site for the East Asian-Australasian Flyway Partnership.

Learn more about Teshekpuk Lake and threats to this important habitat and the millions of migratory birds and wildlife that rely upon this special area.

We encourage you to check out our fact sheets "Talking Points" and "How to Comment" before crafting your message to Act Now and submit to the Bureau of Land Management by August 29th.

Sign up for our newsletter to receive periodic email updates about Teshekpuk Lake, the Western Arctic, and Alaska.