TONGASS NATIONAL FOREST, ALASKA (October 15, 2019)—Today, the U.S. Forest Service released a Draft Environmental Impact Statement (DEIS) to modify the national Roadless Rule for the Tongass National Forest in Southeast Alaska, the country’s largest national forest. This document outlines a major rollback and fragmentation of roadless areas within the Tongass, and chips away at protections for birds and other wildlife that live within these intact remnants of the forest.

“The Roadless Rule provides the best protections for a climate resilient future forest ecosystem—important for birds, fish, people, and ways of life,” said Natalie Dawson, executive director for Audubon Alaska. “These roadless areas protect salmon runs that feed healthy bears, goshawks, marten, and a myriad of other forest creatures. They also protect a network of rivers and streams that feed nutrients across some of the richest forest land and coastal waters in the U.S.”

The Tongass serves as a buffer against climate change. Protecting the remaining old-growth forests and roadless areas in Southeast Alaska allows the region’s forests, people, birds, and other wildlife to better cope with (and adapt to) climate change. The forest acts as the lungs of the planet, breathing in carbon dioxide, shrinking our carbon footprint as humans, and releasing oxygen into the atmosphere needed to combat climate changing greenhouse gas emissions. Intact, ancient forests are strongholds of climate resilience, and the Tongass is one of world’s largest of these strongholds.

There is broad support for protecting the Roadless Rule both in Alaska and across the country. More than 1.5 million Americans voiced their concerns over rolling back the Roadless Rule in the Tongass during the original rulemaking process. Recent polling has revealed that 61 percent of voters nationwide oppose exempting large parts of the Tongass from the protections of the Roadless Rule. In the same poll, 96 percent of these voters said they believe it is important for the federal government to protect and conserve national forests.

The agency will accept public comments on the DEIS until midnight Alaska time on Dec. 17, 2019.

The National Audubon Society protects birds and the places they need, today and tomorrow, throughout the Americas using science, advocacy, education and on-the-ground conservation. Audubon's state programs, nature centers, chapters and partners have an unparalleled wingspan that reaches millions of people each year to inform, inspire and unite diverse communities in conservation action. Since 1905, Audubon's vision has been a world in which people and wildlife thrive. Audubon is a nonprofit conservation organization. Learn more how to help at www.audubon.org and follow us on Twitter and Instagram at @audubonsociety.

Since 1977, Audubon Alaska's mission is to conserve the spectacular natural ecosystems of the state, focusing on birds, other wildlife, and their habitats, for the benefit and enjoyment of current and future generations. Audubon Alaska uses science to identify conservation priorities and support conservation actions and policies, with an emphasis on public lands and waters. Audubon Alaska is a state office of the National Audubon Society. Learn more at www.AudubonAlaska.org.

Tell the U.S. Forest Service not to gut forest protections in the wild roadless areas of the Tongass National Forest. 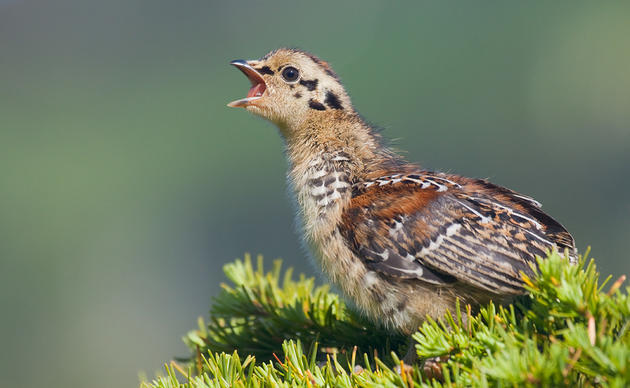