Another federal agency action threatens the health of Arctic land, water, wildlife, and people already suffering the consequences of industrialization and climate change. The Bureau of Land Management took the next step toward undercutting protections for designated Special Areas including the Teshekpuk Lake wetlands, one of the most ecologically important wetlands in the entire Arctic, in the Western Arctic’s National Petroleum Reserve-Alaska (NPRA) by releasing a new draft Integrated Activity Plan (IAP) today.

BLM’s proposal would potentially open some of our nation’s most vital natural places to oil and gas exploitation: millions of acres of wilderness-quality lands with critical habitat for migratory birds, brown bears, caribou, threatened polar bears, walrus, whales and more. The Alaska Native communities that live in the region have maintained a subsistence way of life for thousands of years based on the Reserve’s living resources.

The administration’s proposal ignores local needs and input and could make large swaths of currently protected Western Arctic lands available for exploitation, regardless of the profound negative impacts for  water, land, animals, and people in the region.

The existing Integrated Activity Plan (IAP) was completed in 2013 after years of extensive research and broad public involvement. Communities within the Reserve contributed information about land use and traditional knowledge of ecological patterns, and the Interior Department under President Obama spent years working with tribal communities, local governments, the state of Alaska, the Western Arctic Caribou Herd Working Group and the public on the science-based protections ultimately adopted in the 2013 IAP.

The areas protected under the current land management plan, including Teshekpuk Lake, Colville River, Utukok Uplands, Peard Bay, and Kasegaluk Lagoon, reflect this greater understanding and awareness that people, animals and plants depend on interconnected natural ecosystems, not fragmented migratory routes and watersheds. New information since the IAP was adopted, including increasing threats from climate change, underscores the critical importance and sensitivity of this landscape and demonstrates a need for increasing, not decreasing, protections.

Unfortunately, the administration remains focused on making as much of Arctic Alaska available for exploitation as possible, regardless of the profound negative impacts. Our coalition remains committed to defending and expanding the protections for Arctic lands, waters, and communities.

“Wildfires, warming temperatures, and record rainfall this summer in the Arctic underline the urgent need for corporations and our legislators to ramp down fossil fuel development as part of climate resilience and adaptation strategies,” said Natalie Dawson, executive director for Audubon Alaska. “Communities on the North Slope need money to address climate change impacts. We need to protect special areas like Teshekpuk Lake wetlands that will be important for the future of birds in a changing Arctic, a future that is threatened by the Trump Administration’s fast-tracked political agenda to expand the fossil fuel footprint in the Arctic and turn one of the world’s most fragile ecosystems into one of the world’s largest industrial complexes.”

"The current IAP was only recently completed, after years of working on a compromise, and yet this administration is determined to see Arctic Alaska only as a place to exploit for industrial profit," said Ryan Marsh, Arctic Program Coordinator for the Northern Alaska Environmental Center. "The Reserve is home to some of the richest lands and waters in Alaska, including Teshekpuk Lake and its surrounding wetlands. It is home to hundreds of species of migratory birds, caribou, polar bears, as well as the communities who have been stewards of these lands since long before they were designated a 'petroleum reserve.' Given all we know about the Western Arctic, and all we know about the impacts of climate change, especially in the North, it's insulting and destructive that our government is advocating for more extraction, not less."

“The Interior Department spent years working with local stakeholders including tribal and local governments, conservation organizations, the state of Alaska, the Western Arctic Caribou Herd Working Group as well as the public to build consensus on the Reserve’s current management plan,” said Kristen Miller, Conservation Director at Alaska Wilderness League. “It was built on a foundation of broad public and scientific input that recognized special areas of critical importance that must be protected for the benefit of all Americans. Abandoning this science-based, common sense approach in favor of oil and gas interests is recklessly short-sighted and will place at risk local Indigenous communities and the region’s diverse wildlife that rely on this vital piece of our nation’s public lands.”

“Allowing increased oil development in the Western Arctic will contribute to climate change, threaten special areas, and put further pressure on subsistence users,” said Rebecca Noblin, staff attorney at Earthjustice. “The only defensible change to the IAP would be to make it significantly more protective.”

“This is part of the Trump administration’s ongoing and reckless effort to turn over our shared public lands with high ecological and cultural value to the oil industry in the midst of a climate crisis,” said David Krause, Alaska assistant director for The Wilderness Society. “The plan issued in 2013 is based on a robust body of science and protects high-value wildlife habitat and subsistence resources. We will be engaging fully in this process to ensure that the Teshekpuk Lake and Colville River Special Areas are meaningfully protected.”

"As the Arctic warms twice as fast as the rest of the world, the Trump administration is throwing fuel on the fire by trying to sell off as much of our public lands in the region as possible for fossil fuel extraction," said Dan Ritzman, Director of the Sierra Club's Lands Water Wildlife campaign. "We'll continue to fight back against this reckless assault on our public lands and our climate."

“The administration is overtly ignoring the Indigenous people, sportsmen and women and others who care about protecting the natural values of this special place and who worked diligently over three years to identify the best compromise of uses and protections,” said Brian Sybert, executive director of Conservation Lands Foundation. “The existing compromise plan already allows for potential oil and gas development in the reserve and we trust the American public will oppose the administration’s attempt to greedily open more of it and forever ruin the land that supports some of the longest-inhabited Indigenous communities in North America.”

“The land that the current IAP covers is traditional Iñupiaq land. This land was never ceded but has been fought for by the Iñupiat Peoples ever since it was turned into a petroleum reserve,” said Siqiñiq Maupin, organizer for Native Movement. “Although the current IAP does not give the rightful management to the Iñupiat People, it protects some of the lands most vital to them, and it is at the expense of Iñupiat People that the BLM is eroding those protections in this current effort. Teshekpuk Lake is a place of spiritual practice since time immemorial and is still a place of prayer and meditation. This sensitive area births the Teshekpuk Caribou Herd that feeds over five communities. The Kuukpik River, also known as the Colville River, is the place where all life began. In the summer, this is a place to be with family and find relief from mosquitoes and high heat in Nuiqsut. The Kuukpik River is a part of the Iñupiat identity for many, and to put this at risk is cultural genocide.”

“The Trump administration is marching ahead with its plan for energy dominance, no matter the cost to our public lands, wildlife and people. Instead of protecting imperiled polar bears, ringed seals and migratory birds in the National Petroleum Reserve-Alaska, the Trump administration wants to sell their habitat off to oil companies. Defenders will continue to protect wildlife habitat and the Special Areas of the reserve,” said Nicole Whittington-Evans, Alaska Program Director, Defenders of Wildlife.

“Handing millions of acres of protected polar bear habitat over to the oil industry is a despicable new low for the Trump administration,” said Kristen Monsell, a senior attorney at the Center for Biological Diversity. “It’ll do immense harm to Arctic wildlife already under siege from the climate crisis. Letting oil companies build roads, pipelines and drilling platforms in Alaska’s northern frontier will wreak havoc on imperiled species and our changing climate.” 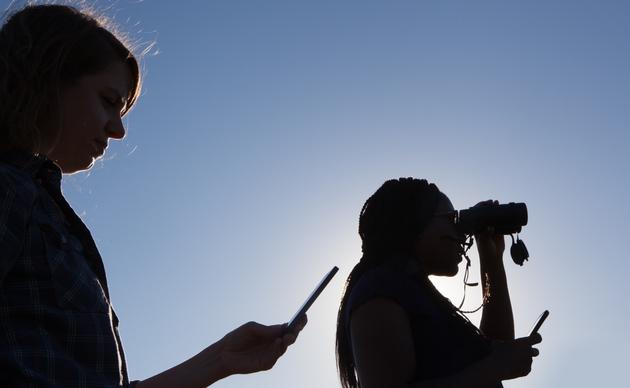 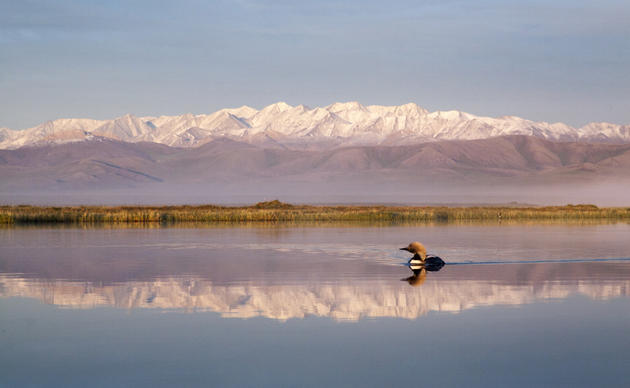