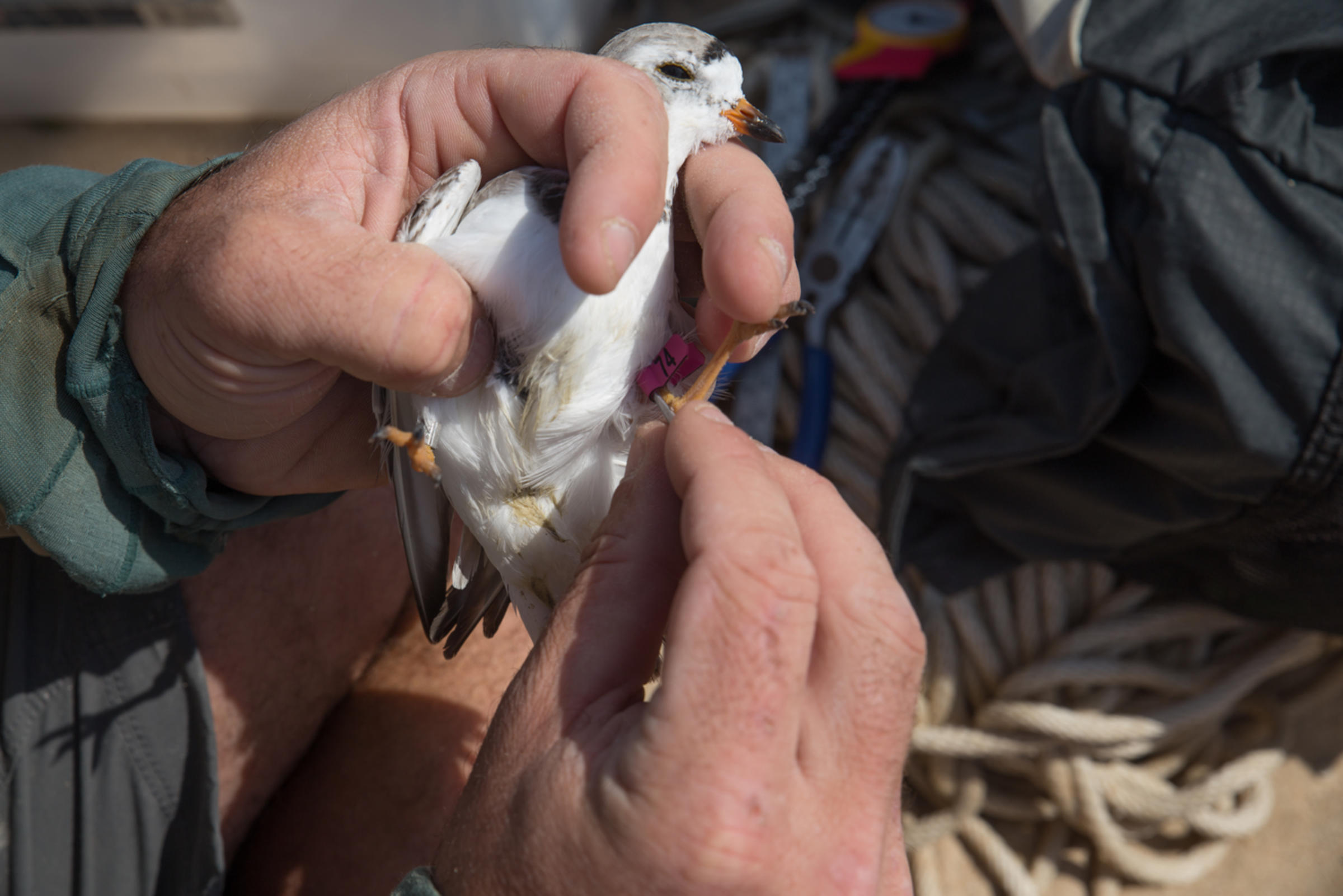 Example of banding a bird/Piping Plover in the Bahamas. Photo: Camilla Cerea.

What is bird banding?

Now that we have thought about birds moving long distances north and south in different seasons, and all around the world, how could we study their movements? How would we know if the bird I saw in the summer where I live is the same exact one you see in the winter where you live?

One way is through “bird banding.” Banding birds is a scientific way of studying bird movement and migration. A scientist will safely catch birds in tall nets and place a strong but lightweight metal band on their leg, like an anklet. The band has a number stamped in the metal. This number is unique, meaning no other bird will get a band with that same number on it.

The banded bird is then released back into nature. When that bird migrates or moves to a different location in the world, he could be captured again by a different scientist. The different scientist reads the number on the bird band and also reports the number to the Bird Banding Lab in Maryland.
The first scientist had told the laboratory “I banded a bird with a band number 123-4567.” And now the second scientist tells the laboratory, “I recaptured a bird with a band number 123-4567.” The laboratory alerts the two scientists and tells them that they each captured the same bird, in different parts of the world, and at different times.

Because the bird has a unique band number, we know it’s the same bird, both scientists now know that the bird flew from the first place to the second place. We all therefore know a little more about the bird’s life, and how we can help bird conservation!

Bird banding results in information, or data, about where the birds were banded, and where they were recaptured. Scientists can use that data to draw maps about bird migrations. But how?

Learn about Longitude and Latitude

Scientists studying bird movement often want to show where a bird is in the world, and mark down that place on a map. One way to figure out the location of a place, or a bird, on a map is by using “longitude” and “latitude”. Longitude and latitude are lines that we can use to draw a grid across the whole Earth.

Download and print Longitude and latitude worksheet. Once you complete the worksheet, you will be ready to move on to Part 2, where you will actually map the migration of several birds.

Tell the EPA that it is time to protect this vibrant and vital ecosystem using its authority under the Clean Water Act to veto the mine permit.