Sandy Beach Park is a borough maintained day-use picnic area at the end of Sandy Beach Road and is about two miles from downtown Petersburg. There are three picnic shelters, restrooms, a trail and other recreational assets. The site has a large tidal flat that is the site of ancient Alaska Native petroglyphs and remnants of prehistoric fish traps. Birds here include Barrow’s Goldeneye (winter), three species of scoters, Harlequin Duck, Killdeer, both yellowlegs (Greater breed in the muskegs and feed on the flats, Lesser pass through during migration), migrating Whimbrel in May, Black Turnstone (primarily in winter), various shorebirds during migration. Western Screech Owl have nested in the vicinity, and there are several Bald Eagle nests in the Sandy Beach area. 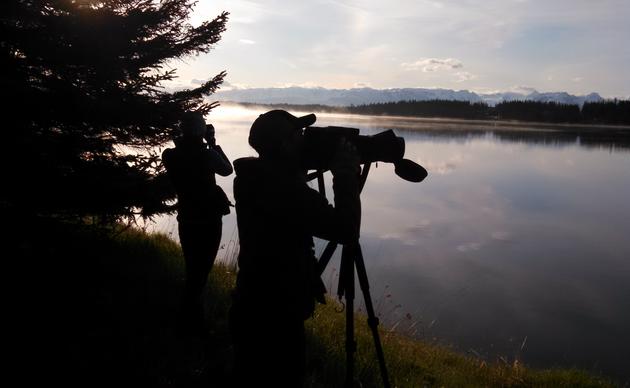