The Pebble Mine project threatens an entire irreplaceable watershed and will adversely affect people and birds in and around Bristol Bay. 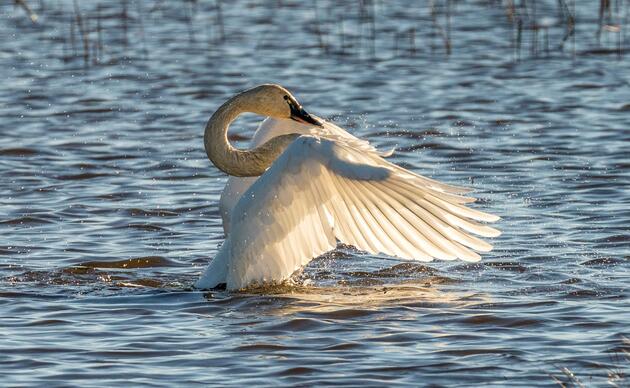 The EPA has announced a public comment period on their proposal to finalize permanent protections for Bristol Bay under section 404(c) of the Clean Water Act.

The new Proposed Determination would limit areas in the Bristol Bay watershed as disposal sites for waste and discharge materials from the Pebble Mine. If the project proceeds without a permanent veto, Bristol Bay’s streams, rivers, and wetlands that support over 190 bird species and the world’s largest sockeye salmon fishery would be irreversibly harmed. The cultural traditions and values upheld by Alaska Native communities since time immemorial would also be directly affected from the extensive expansion.

“Bristol Bay is like no other place on Earth. Its lands and waters teem with wild salmon and migratory birds from the far corners of the planet. With the region’s irreplaceable cultural and economic value, it’s imperative that EPA advance permanent protections for the watershed,” said David Krause, Interim Executive Director at Audubon Alaska.

The proposed mine would become North America’s largest open-pit gold, copper and molybdenum mine that would produce up to 10.2 billion tons of toxic waste and require the world’s largest earthen dam. Local Yup'ik, Dena'ina, and Alutiiq tribes, along with commercial fishermen, outdoor enthusiasts, scientists and others have advocated against Pebble Mine based on the devastating impacts to the economic, ecological and cultural vitality of the area.

Last year, the Army Corps of Engineers rejected the Pebble Mine project as it would have "unavoidable adverse impacts to water and marine life." In addition to the impacts on globally Important Bird Areas, Bristol Bay is home to 57% of the world’s wild sockeye salmon. This translates to a $2.2 billion commercial fishery that provides 15,000 jobs.

Now is the time to permanently veto Pebble Mine. Your comment can be submitted via our Action Alert until September 6th. Our team at Audubon Alaska thanks you for asking the U.S. Environmental Protection Agency to veto the harmful Pebble Mine project and to protect the irreplaceable watershed that countless birds, marine life and people rely upon.