ANCHORAGE, ALASKA (June 26, 2020): Once again, as the world faces a continuing health crisis and the need to transition off fossil fuels becomes increasingly urgent, the Department of the Interior took another step in making more of Arctic Alaska available to oil companies.

The Bureau of Land Management announced the release of the Final Environmental Impact Statement of the Integrated Activity Plan, the management plan for the National Petroleum Reserve-Alaska in the Western Arctic, following a rushed and incomplete process and further eroding protections put in place through rigorous study and public input. The final version includes a new preferred alternative which the public has not had an opportunity to comment on, and would, if selected, allow more land to be available for leasing than was included in previous alternatives. Communities in the region already face unacceptable impacts on health, food security, and cultural sovereignty due to existing industry activity allowed under the previous plan, and it is unacceptable to further diminish protections now.

The rivers, wildlife, and landscapes, including the Teshekpuk Lake Special Area and the Colville/Kuukpik River, are invaluable to Alaskans and to people around the world, and this plan weakens or completely removes protections informed by years of study and understanding of the complex Arctic ecosystem. The agency has repeatedly downplayed the role of fossil fuel extraction in climate change, irresponsibly compounding the threats on Arctic lands already warming at more than twice the rate of the rest of the planet.

There is a consensus among western and traditional scientists that protections for our land, air, and water must be increased and upheld, not eroded by the government agencies tasked with managing these lands. Nationally and globally, inequities in the impacts of the fossil fuel industry on marginalized and rural people have become undeniably clear in recent months, and we condemn the administration’s dismissal of the health and perspective of Alaska Native people most impacted by this plan. We will continue to protect the places we love and depend on. 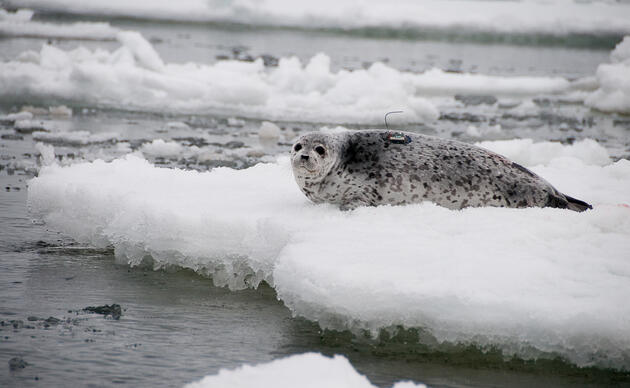 Write to the Bureau of Ocean Energy Management and urge them to keep sensitive areas protected from new offshore drilling.