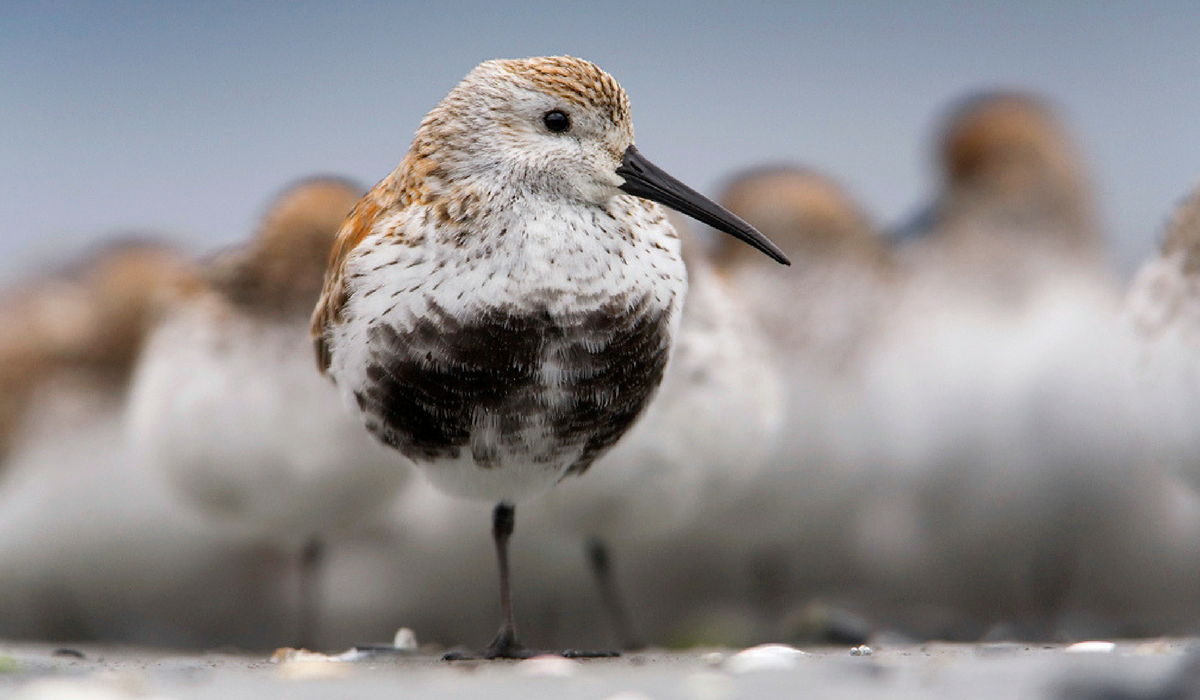 A new report highlights the Teshekpuk Lake wetlands complex in the Western Arctic, an ecological hotspot of global significance.

Birds in This Story

High in Alaska’s Arctic is an often overlooked piece of America’s wildlife and wilderness heritage. The National Petroleum Reserve-Alaska (NPRA, or “the Reserve”) might seem like the last place on earth you’d expect to find conservation values. However, the laws governing management of the Reserve specifically require “protection of the environmental, fish and wildlife, and historical or scenic values.” Here, millions of birds congregate from all corners of the globe to nest and raise their young. A cohort of iconic Arctic mammals gathers in this biologically rich area, including caribou, muskoxen, and polar bears.

See a summary of our findings below.

The Teshekpuk Lake wetlands complex is nestled into the northeastern corner of the NPRA. The network of smaller lakes and wetlands surrounding the great enclosed waters of Teshekpuk collectively form the Teshekpuk Lake wetlands complex. The area provides staggering value in the form of immense bird and wildlife value: up to 100,000 geese of several species, approximately 600,000 shorebirds, high densities of loons and eiders, denning polar bears, and tens of thousands of caribou forming the Teshekpuk Caribou Herd.

Molting Geese use areas in and around Teshekpuk Lake as a safe haven where they undergo their annual molt. After nesting across the Arctic, up to 100,000 geese flock to the Teshekpuk Lake wetlands each summer. As many as 40,000 Greater White-fronted Geese, 37,000 Brant, and thousands of Cackling Geese and Snow Geese crowd into the areas around Teshekpuk.

Millions of shorebirds breed in the NPRA, with 600,000 breeding in the Teshekpuk Lake area alone. This area supports globally significant percentages of populations of three species of shorebird: Dunlin (Calidris alpina arcticola subspecies) 19%; Black-bellied Plover 10%; and Semipalmated Sandpiper (western population) 10%. Overall nest density of breeding birds in the Teshekpuk Lake area is significantly higher than at other sites in Arctic Alaska, and breeding densities of shorebirds are the highest known in any region of the international global Arctic.

Approximately one-fifth of the worldwide population (16,000) of Yellow-billed Loons breed in western and northern Alaska with a substantial portion of those birds (37%) found on the Arctic coastal plain.

All Four Species of the World's Eiders

The Teshekpuk Lake wetlands complex offers nesting habitat to all four species of eiders, two of which (Steller’s Eider and Spectacled Eider) are recognized as threatened under the Endangered Species Act.

Learn more about the astounding wildlife values in the Western Arctic in the full report!