Birds in This Story

The Tongass National Forest’s old-growth trees are elegant and magnificent, providing habitat for myriad plants and animals like brown bears, salmon, Northern Goshawks, and flying squirrels. The halls of Congress, in contrast, have been chaotic and disheartening in recent months, offering proposals and passing bills to strip protections for public lands and environmental principles in Alaska and across the nation. While the two places seem worlds apart, it’s important to monitor Congress in order to help protect the Tongass. A few legislative riders present real threats to the integrity of the Tongass and its big old trees.

Riders are sections of bills that would be difficult to pass on their own merits and therefore get attached like suckerfish to must-pass legislation. Arctic Refuge drilling legislation glommed onto a budget reconciliation bill in a similar fashion this past December. This year, Congress has been kicking federal spending down the road for months, causing two government shutdowns. A recent continuing resolution extends the deadline to pass an “omnibus appropriations bill” to March 23, which would fund federal agencies for the 2018 fiscal year. The omnibus appropriations bill will be the latest bill that presents an opportunity for lawmakers to attach those parasitic riders.

There are three Tongass-related riders to watch for that could try to attach to the omnibus spending bill in late March: a bill undoing the Tongass Land Management Plan, a bill exempting the Tongass from the Roadless Rule, and a suite of corporate land transfer bills.

TLMP Rider. Unraveling the amended Tongass Land Management Plan (TLMP, pronounced “tee-lump”) would kill the momentum for a much-needed transition away from taxpayer-subsidized old-growth clearcutting. The TLMP now protects important watersheds from old-growth logging and protects wild roadless areas. Legislation undoing the TLMP would return the forest to the outdated 2008 plan that does not contain these protections.

Land privatization riders. Finally, several provisions of pending legislation would transfer some of the last best old-growth stands in the Tongass to Alaska Native Corporations. Similarly situated corporations have shown a pattern of liquidation logging that has contributed to the cumulative loss of prime wildlife habitat across the forest.

It is unfortunate that a spending bill could be used to perpetuate old-growth clearcutting on the Tongass National Forest, a practice that is heavily subsidized and financially dubious. Hopefully, future spending legislation will consider the fiscal irresponsibility of clearcutting Tongass old-growth, and instead direct funding toward more sustainable forest management.

Lower 48 Residents: Urge your members of Congress to oppose all anti-environmental riders, including those that threaten the Tongass.

A gift each month supports bird conservation all year long. 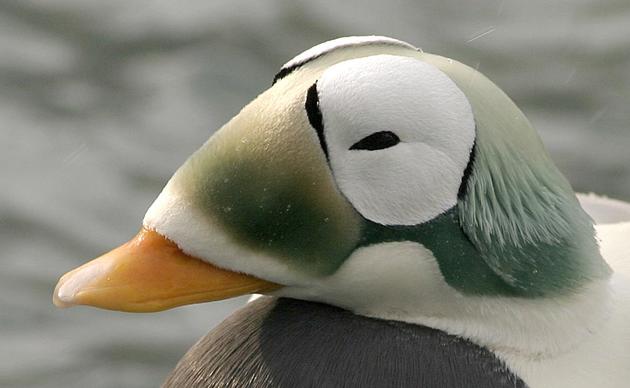