Send public comments to BLM to oppose drilling in the special Teshekpuk Lake wetlands area and along the Colville River in Alaska's western Arctic (NPR-A). 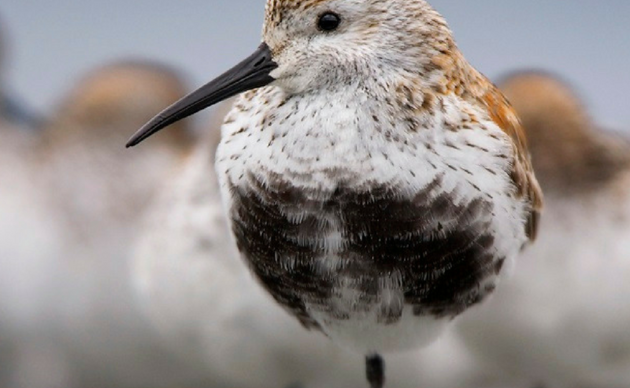 The Bureau of Land Management is proposing to change the land management plan for the 23 million acre National Petroleum Reserve-Alaska (the NPR-A), putting globally important bird habitat and human communities at risk. The agency is looking at four options, or “alternatives.” Alternative A would keep the existing plan, which currently prohibits oil and gas leasing in more than 3 million acres within the Teshekpuk Lake Special Area. The agency is saying that Alternative B is the most “conservation-oriented” option and that it would protect even more acreage than the current plan. But dig a little deeper, and it’s clear this is disingenuous at best. Meanwhile, Alternative C would protect even fewer acres and Alternative D would open the entire NPR-A to oil and gas leasing.

In a similar sleight of hand, Alternative B would also place a lease deferral around the lower Colville River near the Native Village of Nuiqsut. The lease deferral would prevent leasing from occurring for the next 10 years. But again, much of this area is already leased, making this temporary protection meaningless. In addition, Alternative B gets rid of the Colville River Special Area and allows for two oil pipelines in the Teshekpuk Lake Special Area, including potentially running through the goose molting areas north of Teshekpuk.

Alternative B is no conservation alternative. And Alternative D is among the least protective of all the alternatives ever considered by prior administrations.

Among the options presented by the agency, the No Action alternative (Alternative A) is by far the best. But what we really need in an era of dramatic climate change, is an option that curbs carbon emissions and protects large landscapes in the Western Arctic in order to allow wildlife and nearby communities to adapt and remain resilient. You won’t find that alternative among those being considered for the NPR-A. But you can tell the agency what you think. TAKE ACTION today.

Tell the EPA that it is time to protect this vibrant and vital ecosystem using its authority under the Clean Water Act to veto the mine permit.