In much of the Pacific Flyway, impacts of climate change—such as drought, heatwaves, and wildfires— are pushing birds to their limits, and in some cases resulting in their deaths. Recent dryness and record-setting temperatures are intensifying large wildfires, changing vegetation, and altering the habitats many birds rely on. As a result, there is an ever-growing sense of urgency to take immediate action. We already know that when it comes to fighting climate change, the most important step we can take is to dramatically reduce the amount of carbon we release. But we also have to absorb the carbon already in the atmosphere. Engineers like to tout new-fangled contraptions to take carbon from the air including complex cement-like products that pull in carbon-dioxide and trap it. But these take money and time to create.

What would you say if we had a better and easier option available? One that doesn’t require any manufacturing, is readily available to virtually anyone at little or no cost, and one that simultaneously generates oxygen and other products that we can use?

Sounds too good to be true?

It’s not. We are talking about trees and other plants of course!

Making it even more appealing is the fact that by maintaining and restoring ecosystems full of plants, we get the best bargain of all. Not only do we get the benefit of carbon being pulled from the air, but we gain the co-benefit of protecting or enhancing habitat for birds and other wildlife. Plus, scientists say this approach—often called nature-based climate solutions— offers a clear path forward. We can attack climate change and help declining populations of birds and other wildlife to recover at the same time.

This is where the boreal forest comes in. Stretching from Alaska, the Yukon, and BC in the west to Newfoundland and Labrador in the east, it holds about 12 percent of the world’s land-based carbon reserves—the equivalent of up to 36 years of global carbon emissions from fossil fuels. Protecting the boreal’s landscapes keeps this carbon safely stored away, which is a huge benefit to the planet.

There is also a benefit to birds. The boreal forest provides nesting grounds and migratory stopovers for nearly half of the common bird species found in North America. In fact, between one and three billion birds of nearly 400 species are estimated to nest each year in the boreal forest region. This includes the Blackpoll Warbler, who sings its high-pitched squeaky-brake song from scrubby spruce trees across the boreal from Alaska to Newfoundland before making its immense journey to South America for the winter. It also includes the Canada Jay, a non-migratory year-round resident of the boreal forest a species with a long history of interacting with Indigenous people as it searched for food around campsites and animal kills.

Rich boreal wetlands also attract migratory birds. The Bufflehead, for instance, is a tiny, boldly patterned black and white duck that nests in old woodpecker holes around the millions of lakes and ponds that dot the boreal forest and becomes one of the most familiar winter waterfowl of calm, coastal bays along the Atlantic and Pacific coasts of North America. Palm Warblers, Swamp Sparrows, Common Yellowthroats, American Black Ducks and Solitary Sandpipers are just a few of the many other birds that nest in those boreal wetlands.

This is why it’s so important for governments to actively support the nature-based climate solutions that protect intact ecosystems—like the boreal forest—for both their carbon storage benefits and their biodiversity benefits.

Many Indigenous governments and communities across the boreal region are sustaining carbon storehouses by establishing Indigenous Protected and Conserved Areas. These areas harbor enormous quantities of carbon. They also harbor vast forests and peatlands that pull more carbon out of our carbon-polluted atmosphere. These are the same forests that serve as the summer nesting areas for literally billions of the world’s most beloved birds.

We can sustain these bird habitats—and the carbon storage they provide—by supporting nature-based climate solutions. That means we should look to new large-scale funding for green recovery, climate mitigation, coastal resilience, and watershed protection to include significant funding for Indigenous governments and communities working to develop Indigenous Protected and Conserved Areas and Indigenous Guardians programs. No longer should nature-based climate solutions be receiving only the dribs and drabs of small-scale funding if we are to take on the tasks of lowering climate risks while simultaneously bringing back populations of birds and other wildlife.

It’s time to stop being paralyzed by climate change and its consequences and to start enacting smart solutions, like those of establishing Indigenous Protected and Conserved Areas and Indigenous Guardians programs, at the scale we need to get the job done. The birds we love can’t do it themselves; they are relying on us!

This is an updated version of a piece originally published on December 7, 2020 on National Audubon's website. 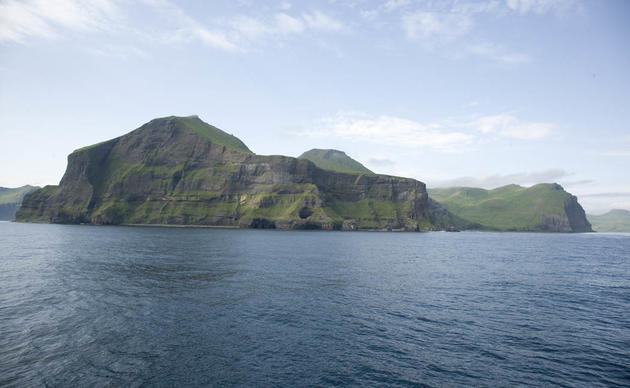 Your Guide to Taking Climate Action

Feeling like you can’t make a difference? That couldn’t be further from the truth. Here’s where to begin.