Most people think that Alaska doesn’t have many roads, that wilderness stretches across the state from wild salmon rivers to sky-defying glacial peaks. For many parts of the state this is true, but not in the Tongass National Forest. When we tally up the roads here, including all of the logging roads, we find there are more roads than the rest of the state combined. In fact, Prince of Wales Island (Taan in Tlingit) has over 2,000 miles of roads, enough road length to drive the length of the United States. Most of these roads were pushed into the rainforest during the heyday of subsidized logging, costing taxpayers $1.3 million per mile. Over time, these roads collapsed, blocking spawning salmon and creating massive landslides that threaten communities. On January 12th, 2001, the U.S. responded to crumbling roads and failed logging histories on national forest lands with a resounding “no”. In the most popular public rulemaking in history, President Clinton signed the National Roadless Conservation Rule (commonly known as the Roadless Rule). Opponents spoke about the loss of jobs, the decay of small communities that relied on logging, but in the twenty years since the Roadless Rule has been in place, the federal government has actually saved money by not subsidizing road building on our national forests. Communities have found new economies in restoration and recreation inspired by national forest lands across the U.S.

State of Alaska congressional and gubernatorial leadership never wanted the Roadless Rule and has spent millions of dollars fighting the Roadless Rule since 2001. But, the Roadless Rule has withstood court battles and has continued to keep 9 million acres of Tongass forest lands safe from roadbuilding and logging activities. In 2017, powered by Alaska’s governor and his relationship with the Trump administration, the state of Alaska proposed a new rulemaking process that would exempt the Tongass National Forest from the Roadless Rule.

We have spent the past 18 months fighting this decision. We highlighted the importance of roadless areas to wildlife on the Tongass and the impacts of the state’s decision on wildlife in a 2019 report. We mobilized our members to send comments, as part of an overwhelming Alaska and national public opinion requesting that we not overturn the roadless rule. The state of Alaska and the Trump administration chose to ignore the people and finalize a politically-motivated process pressured by illegal financing through the Alaska Forest Association and our Congressional delegation’s short-sighted view of community development in Southeast Alaska.

Now we stand on the cusp of another presidential transition while Alaska’s Sitka spruce, yellow cedar, and western hemlock forests are blanketed in the snow of a January winter and awaiting their fates. In mid-December, Audubon joined a diverse coalition of tribes, businesses, commercial fishing groups, and conservation organizations in filing a suit against the USDA Forest Service’s decision to rescind the Roadless Rule in Alaska.

While the fate of Alaska’s Roadless Rule moves through the courts, other pathways to change are available. President-elect Biden has made a commitment to combatting the impacts of the climate crisis. The intact forests of the Tongass and the rich estuaries of the bays and inlets that carve the islands and coastline of Southeast Alaska represent one of the largest carbon reserves in the world. The Tongass National Forest sequesters more carbon than any other national forest, making it one of our nation’s most important public landscapes in combatting the climate crisis. We can push for legislation to protect old growth forests. We can support executive action to combat the climate crisis by protecting the biodiverse islands of the Tongass National Forest. We can support our Indigenous leaders who have been stewards of the forest since time immemorial and require the Forest Service listen to their request for protection and stewardship of their traditional homelands. Our work is far from over. It has just begun. 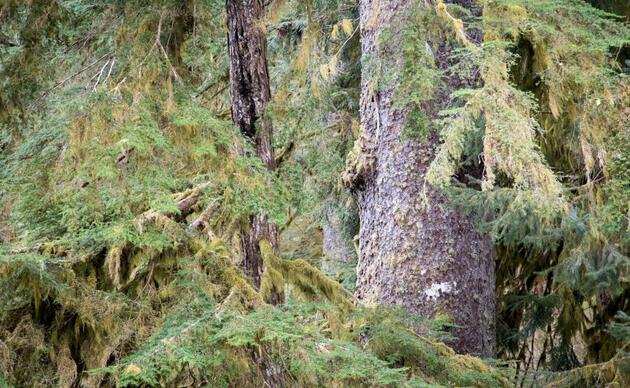 Protect the Tongass and 49 Million Acres of National Forest Land Across the U.S.